All black belts are certified and registered in Japan

Due to Covid 19, Prescoot Russell school boards will not have any community activities in their building at this time. They will communicate with us as soon as the situation evolves so that we can return to the gymnasium of the Paul VI school.

Non-medical masks are mandatory inside the dojo at all times for parents
and nonparticipants, as well as for students before and after classes.

A maximum of 50 people is allowed inside the Dojo, including pupils, instructors and parents.

There will be no contact between students and the 2 meter physical distancing measures will be respected.

Sharing our passion for martial arts.
Through our Kyokushin karate classes, we aim to develop our minds and bodies. In our dojo, karate teachings are based on traditional Bushido philosophies, with emphasis on personal growth, respect, and discipline.

Kyokushin Hawkesbury Karate will let you try a free martial arts class at any time, where you’ll have the opportunity to experience high-quality instruction.

We offer classes for all age groups : kids, teens, and adults. You are never too old to start a karate class and can be in any physical shape. The objective is a willingness to surpass yourself and to push your own limits. 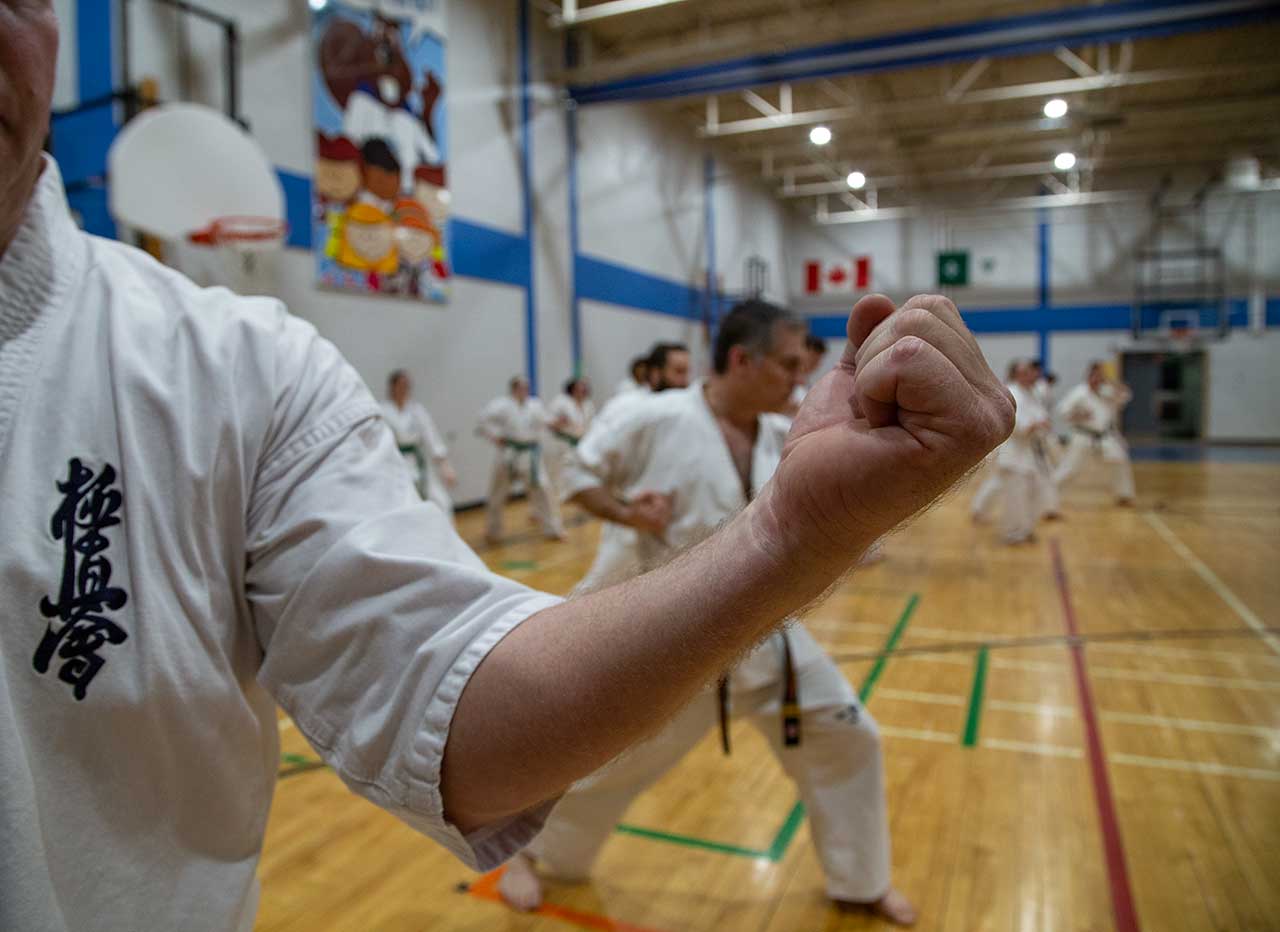 Practicing Kyokushin Karate will help you improve your physical shape, it will enhance your concentration and boost your confidence 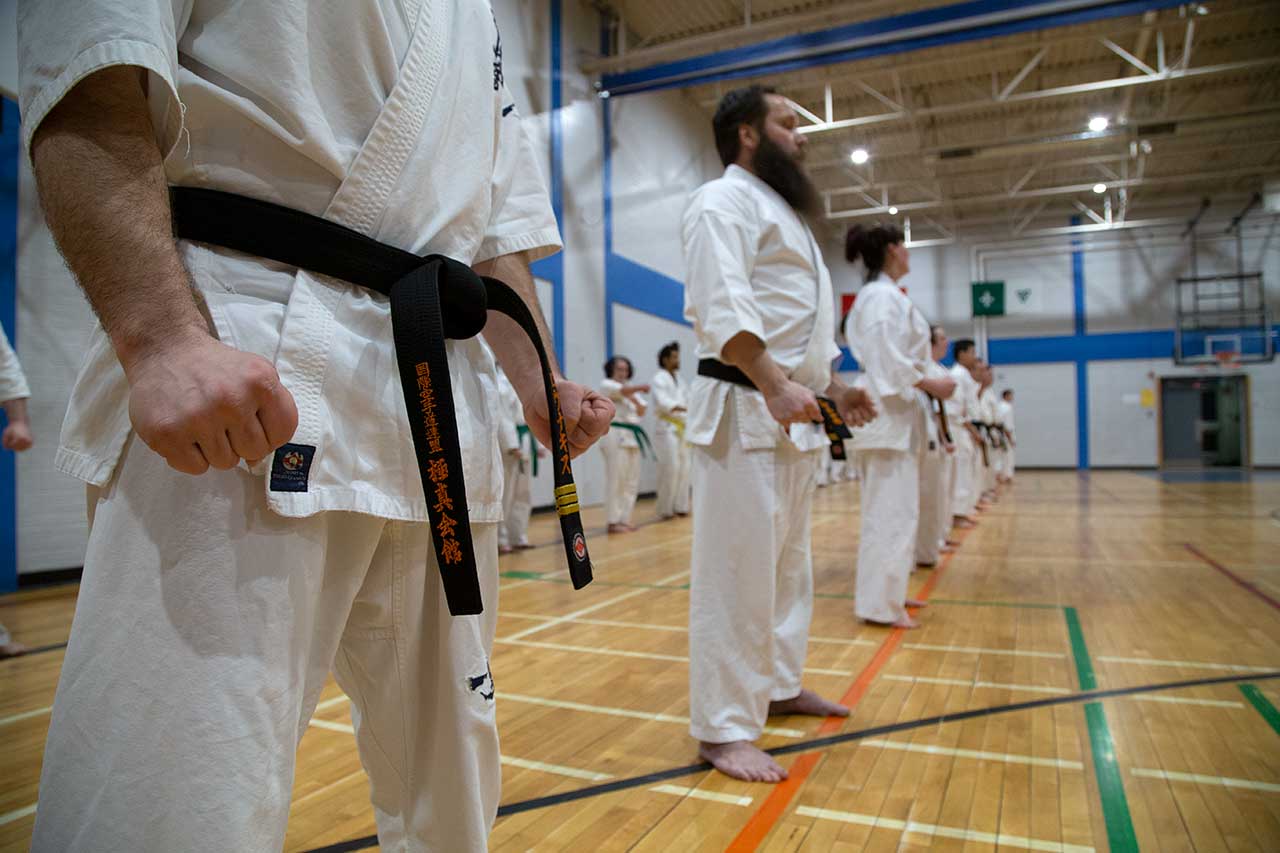 For the past 30 years, many of our karatekas have become pillars of our school. Our students are inspired and motivated by evolving alongside these black belts. 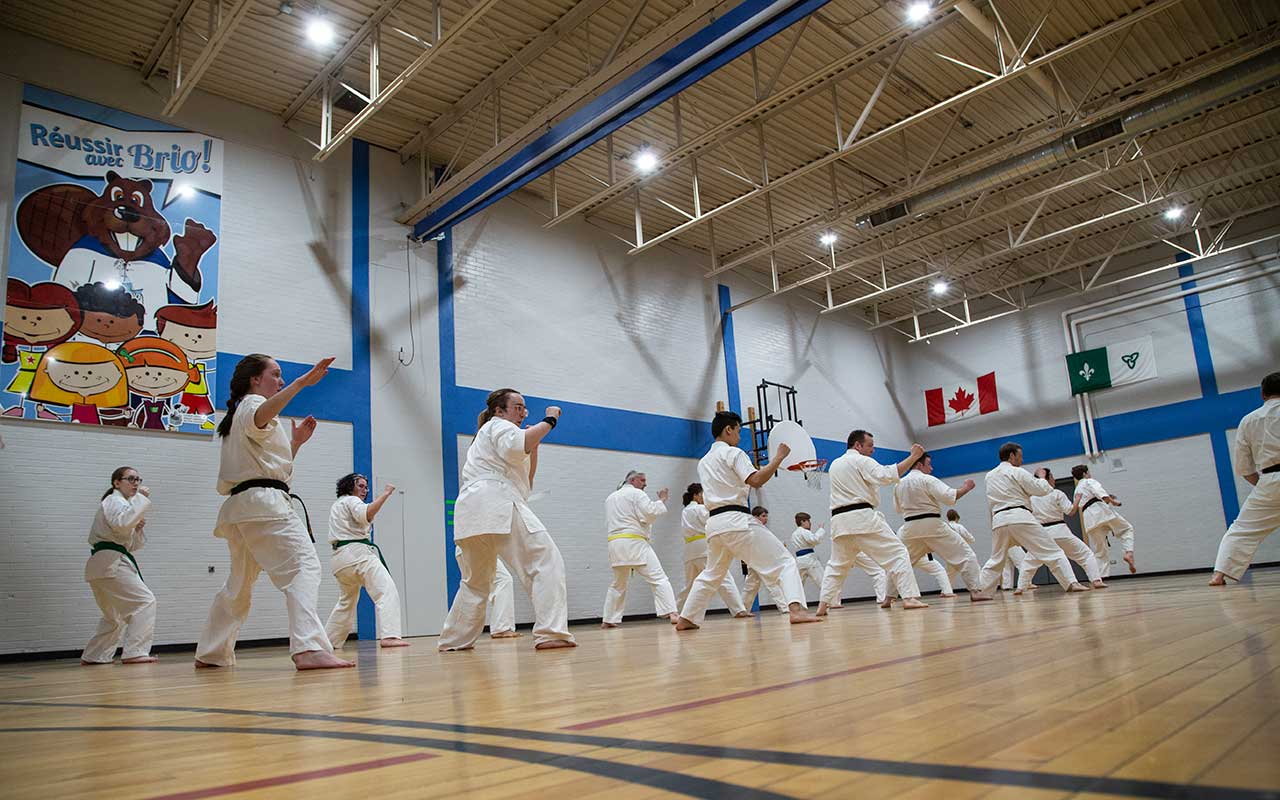 Our dojo is situated in a large gymnasium which boasts all the commodities needed in order to make your workout a success. Our goal is to ensure your karate session is efficient and comfortable.

Lino Gambuto has been practicing karate for over 35 years and is an International Kyokushin Karate certified 5th degree black belt. He’s passionate about karate and conveys his martial arts knowledge with energy and enthusiasm. After attending a life-changing karate demonstration in 1985, he embarked on this new adventure and quickly advanced through the ranks to open his own dojo in 1990.

To realign his mind, body and spirit, Shihan Lino has frequently (2001, 2007, 2011, and 2015) traveled to Japan to train with Kyokushin Karate grand masters. While in Tokyo and at Mount Mitsumine, Japan, he obtained his 5th black belt degree (dan). He has participated in multiple international competitions, notably in Osaka, New York, and Canada. Furthermore, he has trained in Banff, in Hawaii with Bobby Lowe, and in New York with Shigeru Oyama.

Lino Gambuto has trained SPVM, SQ, OPP, as well as RCMP officers in jujitsu techniques. He has also served in the special forces and worked as a personal bodyguard. Many of his students are now certified black belts.

Shihan Lino passionately shares his knowledge and love of martial arts with his pupils. His students unanimously agree that he’s an exceptional teacher. 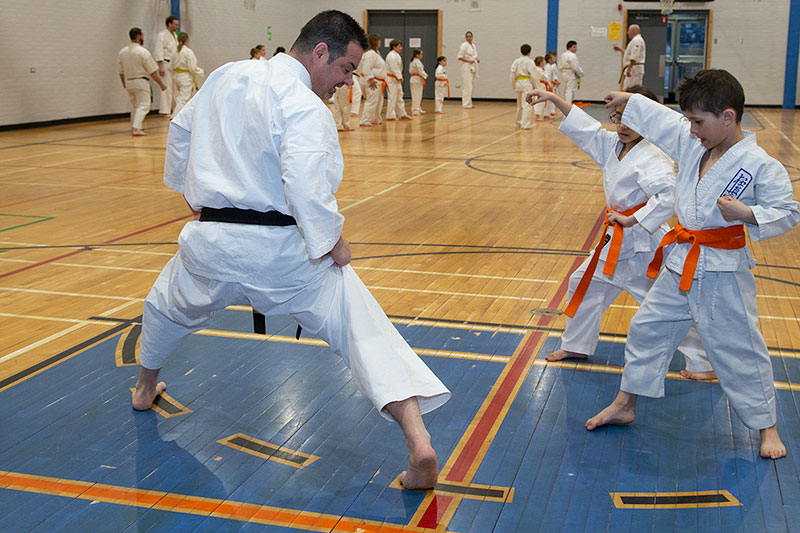 Kids as young as 5 years old can sign up for karate classes. Our students are supervised by experienced professionals who pass on their martial arts knowledge while providing an adequate level of discipline.

Family classes allow children and their parents to attend a joint karate session. Both will better their physical condition and optimise their development as they train together. 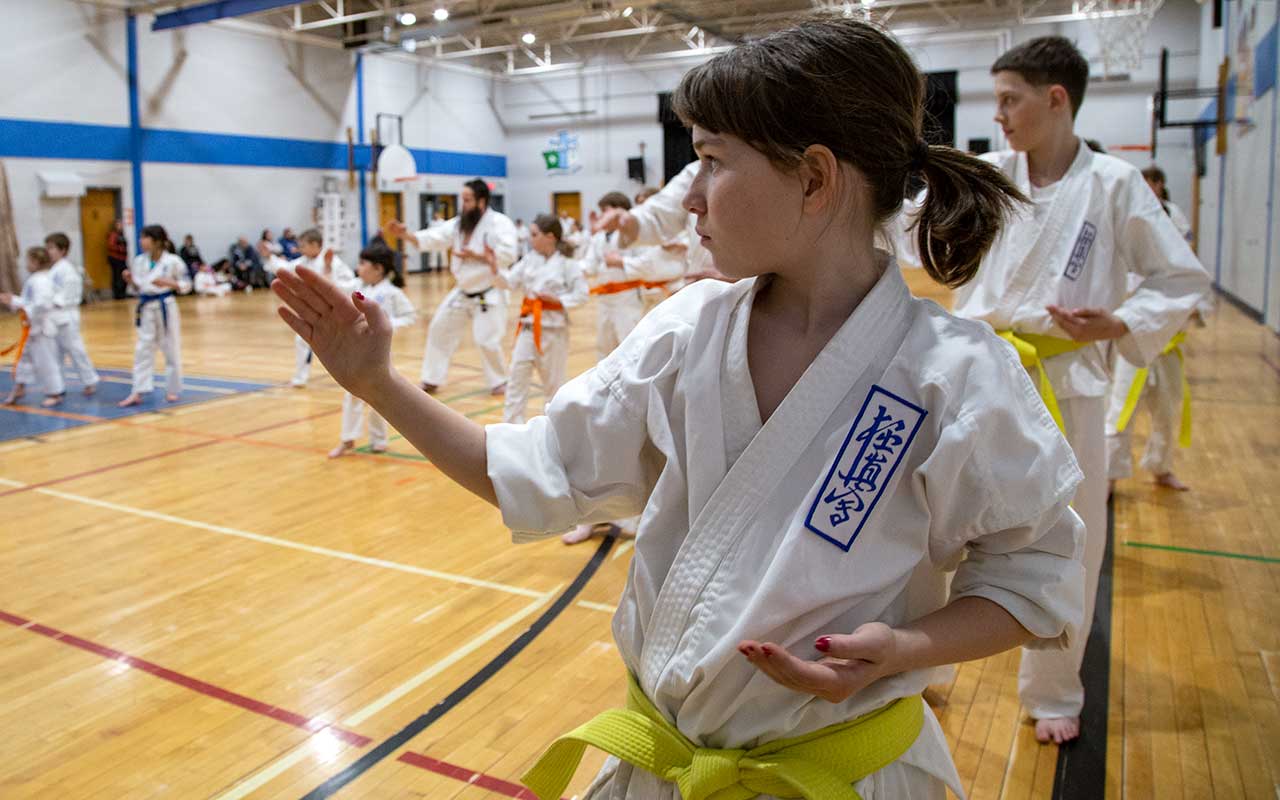 By building their confidence, karatekas are able to adapt more easily and better face destabilising events in their lives.

Respect is omnipresent in all aspects of Kyokushin karate. Respect for others quickly becomes second nature to our students and is noticed and appreciated by their parents in many spheres of their lives.

Studying karate will help you set and reach fitness goals and attaining each one will improve your confidence.

REGISTER FOR A CLASS TODAY

A TEAM OF PROFESSIONALS

By joining our school, you’ll be supported by a team of passionate martial arts professionals who have your personal development, your well-being, as well as your health at heart.